A recent decision will see over 159,000 euros earmarked for humanitarian emergency aid given by the international movement of the Red Cross and Red Crescent.

Monaco, 24/10/2018  – on Friday 19th October, the Executive Committee of the Monegasque Red Cross, chaired by HSH Prince Albert II of Monaco, allocated financial aid to its partners to respond to the many tragedies that have recently been in the news.

Hundreds of people are presenting to Red Cross medical clinics every day, with injuries and illness including diarrhoea. More than 2,500 survivors have been treated by medics since the earthquake and tsunami struck.

The Monegasque Red Cross also continues to work for victims of natural disasters that do not always come into the limelight. Thus it has also decided to contribute an amount totalling 80,000 euros to the humanitarian response following the recent floods in Laos, population movement from Venezuela, Typhoon Mangkhut in the Philippines and the flooding in Nigeria.

Without its donors, the Monegasque Red Cross would not be able to give those affected the emergency assistance they need to in order to resume their lives and be better prepared.

This year as is the case every 4 years, the statutory meetings of the Red Cross and Red Crescent International Movement took place in Geneva. H.S.H. the Sovereign Prince travelled there on 9th December. An overview of the key points of this high-level meeting in the... 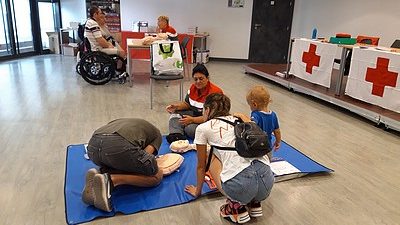 Monaco – USA: a donation for the Red Cross

The American Aid Association of the French Riviera handed over this week a donation amounting to €100,000 to the Monaco Red Cross 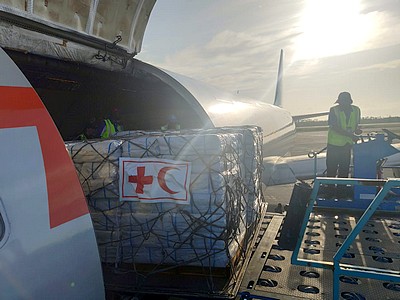 Bahamas: support for the victims of Hurricane Dorian

Hurricane Dorian, making its way towards the Southeast coast of the States, has already left 20 dead and resulted in unprecedented material damage in the Bahamas.