Monaco, 12/12/2018 – From 10th to 12th December 2018, the Red Cross Multipurpose Training Centre (Loumbila, Burkina Faso) hosted a Red Cross/Red Crescent workshop focused on first aid in Africa. A first for this complex (which was officially opened in January by the Royal Couple, the President of Faso and his wife), organised by the First Aid World Reference Centre and the Burkina Faso Red Cross, to which the Monaco Red Cross made a significant contribution.

44 people attended the workshop, which brought together 30 national Red Cross and Red Crescent societies from Africa and Europe, as well as other organisations from the International Red Cross and Red Crescent Movement involved in first aid. The Princess Charlene of Monaco Foundation, which funded the construction of the pool, was also represented.

The aim of this first meeting was to take a further step towards international harmonisation of first aid training and practice, whilst helping to strengthen the capacity of African national Red Cross and Red Crescent societies in this field. As a result of the workshop, a regional roadmap, to follow, was established. 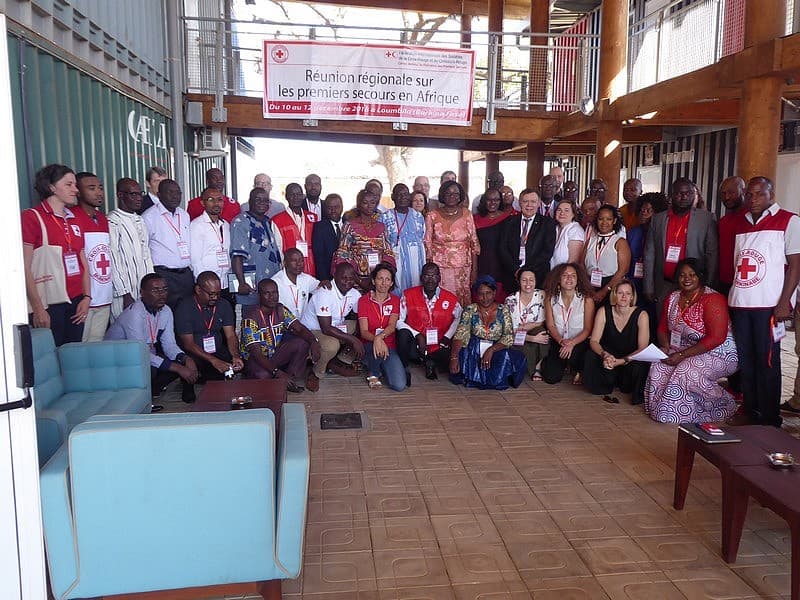 From theory to practice: in order to thank the Hotel Dunia team, the participants offered free induction training to 25 members of staff working for the Azalai hotel group on the last day of the workshop.

Operating the hotel section of the centre will generate income for the Burkina Faso Red Cross, which has to cope with unprecedented humanitarian challenges. It is scheduled to be opened to the public in January 2019.