An appeal for donations for the victims of hurricane Irma, launched by the association in the first few days following the disaster, has triggered a wave of generosity in Monaco.  An opportunity to update you on how your donations are used.

Appeal for donations: the people of Monaco demonstrate their generosity

A devastating hurricane; several countries, sometimes ill prepared, severely affected; traumatised communities and extensive damage: hurricanes Irma and Maria which hit the Caribbean region in the last few weeks have been under the spotlight recently.  The International Red Cross and Red Crescent Movement is currently doing everything in its power to help the population on site. 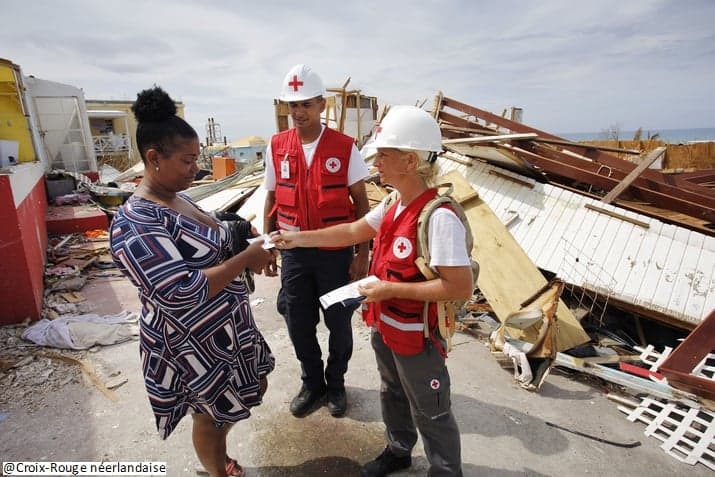 For its part, the Monaco Red Cross launched, within the first few days of hurricane Irma’s passage, an appeal for donations via the media network in the Principality, to which the population once again has responded generously.

To date, over 47,000 Euros has been collected following this appeal.

Thanks to public generosity in Monaco, 30 000 Euros will be transferred to the French Red Cross, which immediately mobilised its local resources and deployed its teams, still working actively, in particular in Saint Martin and Saint Barths.

The remaining 17 000 Euros will be used for relief operations in the most affected areas, under the aegis of the International Federation of Red Cross and Red Crescent Societies [IFRC].

The Monaco Red Cross has also released 53 000 Euros from its own funds, for relief efforts carried out by the IFRC in the countries affected by hurricanes Irma and Maria, including Antigua and Barbuda, Saint Christopher & Nevis, Cuba, and Dominica.

“The Monaco Red Cross consistently and systematically offers financial support to its partners at the International Red Cross and Red Crescent Movement; we have a responsibility to help those who are most in need, regardless of the type and location of the disaster”, explains Frédéric Platini, Secretary General of the association.

Every year, over 700,000 Euros is sent by the Monaco Red Cross to operators on the ground for international relief efforts in response to disasters worldwide. Further information: www.croix-rouge.mc