Accueil » Nepal: what we do with your donations

Nepal: what we do with your donations

Following the earthquakes that hit the region on 25th April and 12th May 2015 resulting in almost 9,000 deaths and destroying over 600,000 homes, Nepal is gradually recovering. According to the Nepalese Red Cross, 91% of all emergency aid needs are now covered.

The Monegasque population reacted immediately, responding to appeals for donations with an important and spontaneous contribution: 525,445 € was raised by the Monegasque Red Cross and 400,000 € by the association NAMASTE.

Emergency: a question of time and organisation

The Monegasque Red Cross immediately took part in the emergency action implemented by the Red Cross / Red Crescent on site, amounting to 48,500 €, and offered support of 50,000 € to NAMASTE.

Furthermore thanks to a joint mission conducted by NAMASTE and the Monegasque Red Cross, from 9th to 24th June, tarpaulins, metal sheets and tents were handed out as an emergency measure to 1,250 families in the Rigaon region, thanks to funds donated by these three associations (cost of this emergency operation: 150,000 € of which 50,000 € from the Monegasque Red Cross and 50,000 € from MAP).

Rehabilitation and resilience for the earthquake victims

Although “emergency aid” is today synonymous with “resilience” it is with the support of the Red Cross of Nepal, Luxembourg, Liechtenstein and in coordination with the International Federation of Red Cross and Red Crescent Societies (IFRC) that the Monegasque Red Cross put forward a project to rebuild houses in accordance with earthquake-resistance standards in order to guarantee the future safety of the population (the country is subject to severe earthquakes on average every 80 years).

As the Principality of Monaco has held historical ties with Rigaon, due to the humanitarian action it has provided since 2009 via the Monegasque associations NAMASTE and MAP, it is naturally in this region that the Monegasque Red Cross is keen to intervene. 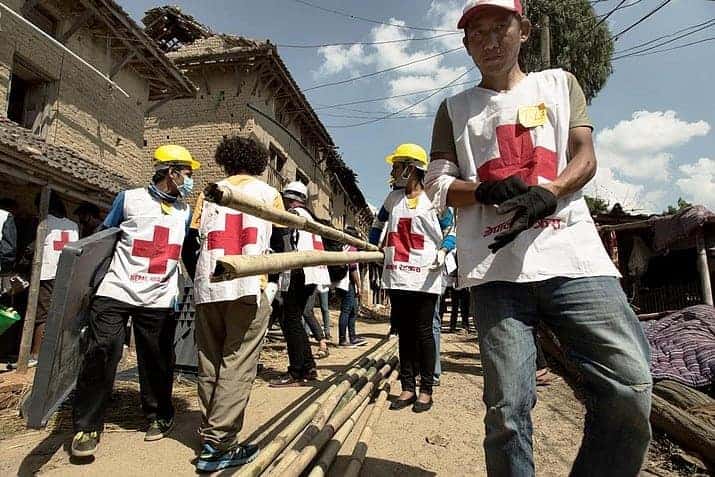 Projects to be completed by the end of 2015

The project was put forward to the Nepalese Red Cross during a mission carried out in Kathmandu by Anne Danziger, the international programmes coordinator, from 27th August to 2nd September 2015. Validation of the project in this region will depend on the allocation by the Nepalese government of the 120 humanitarian workers offering reconstruction action in the country, by the end of 2015.

And in December, Nancy Dotta, President of NAMASTE, will return to Kathmandu to meet the coordinators of her association on site and continue the association’s ongoing projects in support of deserving students and the women’s cooperation. 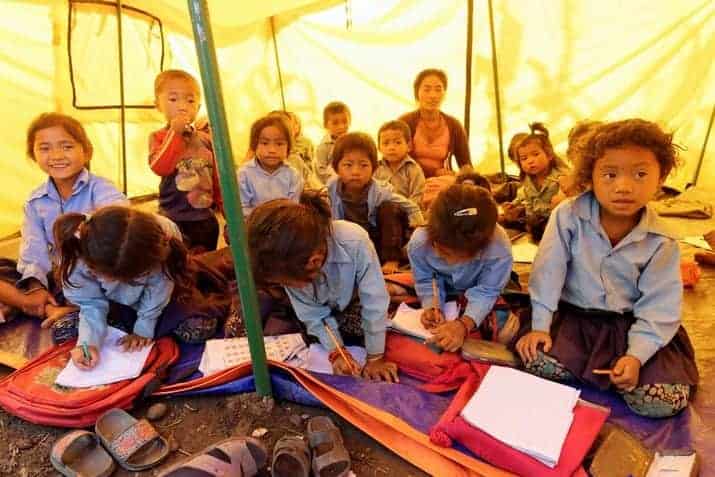 Monaco, more than ever before, is ready to take action so that the Nepalese are able to benefit from dignified, sustainable and safe living conditions.