Accueil » The private sector takes action for the Red Cross

The private sector takes action for the Red Cross

Tuesday 1st March 2016, no fewer than seven companies in Monaco hand over to the Red Cross the proceeds of their efforts in aid of the project to give a second life to the Monegasque Pavilion from the 2015 Universal Exposition.

An event under the banner of solidarity took place on Tuesday 1st March 2016 at the Monegasque Red Cross. ADF-Greenvision, Antonio Lupi, Brasserie de Monaco, Chelini, Costadoro and De la Osa met with Monaco Inter Expo and the Monegasque Red Cross in order to make a donation to the project aimed at giving a second life to the Monaco pavilion from the 2015 Universal Exposition in Milan. 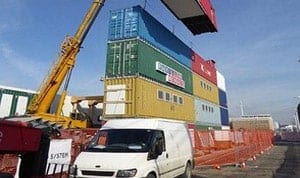 For readers’ information, this pavilion has currently been dismantled and is en route for Burkina Faso where it will form the key component of an accommodation and training centre near the country’s capital Ouagadougou. This centre will enable the Burkina Faso Red Cross to provide first aid training and to support vocational training. It will also feature a conference and accommodation centre available to companies and organisations in order to generate income so that the Burkina Faso Red Cross gains autonomy in the face of the humanitarian crises that may hit the country.

This event offered the Monegasque Red Cross the opportunity to extend their heartfelt thanks to the above mentioned companies, during a meeting marked by humanity, one of the core principles of the Red Cross and Red Crescent Movement, once again demonstrating the generosity of Monaco’s private sector businesses.