The Monégasque World Red Cross Day which was held on 31st May 2014 at the Espace Léo Ferré met with great success. 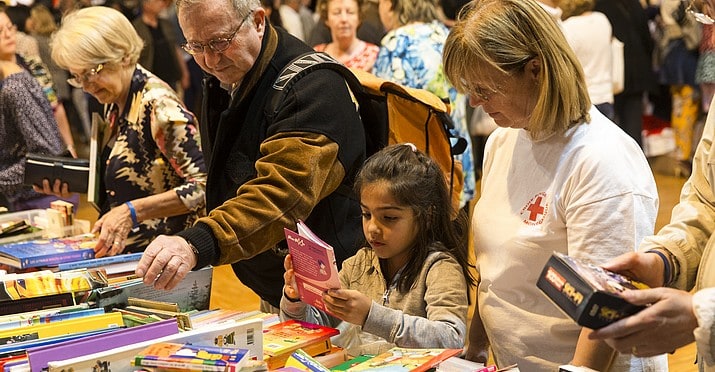 The CRM had the support of 180 volunteers to meet the demands of the public who turned up in large numbers (close to 2,000 people). Buyers were given a wide range of choice and quality, with over 8,000 items on sale, both second hand and new, from bric à brac to haute couture suits… there was something for everyone’s taste.

Once again this year, children took centre stage with the special activity stand which welcomed close to 50 children aged between 3 and 12 and a group of disabled adults, who were introduced to the values of the Movement by means of fun and enjoyable games.

The tombola prizes on display caught the attention of many players, 10 of whom were delighted to have purchased a winning ticket from the 1,800 tickets sold.

Children between 8 and 12 attending school in the Principality had the opportunity of entering the drawing competition “The Red Cross through the eyes of children”. 64 entered the competition and showed great imagination. We would like to congratulate them all with a special mention for the 9 winners!

Last but not least, the proceeds from this event speak for themselves with close to 55,000€ raised.

Thanks to this amount, the Monégasque Red Cross will be able to complete its project successfully with the Nigerian Red Cross which began in 2013 and continue to strengthen first aid skills until the end of 2016.

We would like to thank our partners, as well as shopkeepers in the Principality and surrounding area for their support, our volunteers without whom nothing would be possible, and of course, our loyal visitors. We look forward to seeing you again next year!