Accueil » What we do » International Action » Surgical care

Surgical care provided within the scope of “Monaco Collectif Humanitaire”

In 2008, on the occasion of H.S.H. Prince Albert II of Monaco’s 50th birthday, Monegasque NGOs actively involved in international solidarity efforts, including the Monegasque Red Cross, and supported by the Government of Monaco’s Office of International Cooperation, joined forces under the name “Monaco Collectif Humanitaire”. The initial goal was to offer treatment in Monaco to 50 children whose condition, chiefly heart disease, could not be treated in their countries of origin.

Children, primarily from Africa, suffering from serious cardiac and orthopaedic pathologies and who cannot be given care in their countries of origin, are designated according to various criteria: pathology, degree of urgency, lack of appropriate care after returning home etc..

The children are offered accommodation in Monaco or the surrounding area by host families with whom they stay on average six weeks.

Surgery is carried out at the Cardio-Thoracic Centre in Monaco (CCTM) and the Princess Grace Hospital (CHPG) for heart patients and the Institut Monégasque de Médecine et de chirurgie Sportive (IM2S) for orthopaedic patients.

Once the child’s health has been stabilised, he/she is sent home to his/her family.

At the beginning of 2015, over 230 children had already been provided care since the project was initiated.

Since January 2015, the Monegasque Red Cross has developed surgical care as part of the actions implemented by Monaco Collectif Humanitaire, similar to the efforts made by the associations Rencontres Africaines and the Chaîne de l’Espoir. The team in charge of surgical care at the Monegasque Red Cross examines all the requests made for surgery submitted by the Office of International Cooperation. It contacts the family of any child whose application has been approved either directly or via his/her correspondents, then prepares the administrative papers: request for a visa, transfer of parental authority.

The child’s transfer is then organised with Aviation sans Frontières. The Monegasque Red Cross meets the child, entrusts him/her to one of its host families and monitors him/her from an emotional, administrative and medical point of view throughout his/her stay. Finally, it organises the child’s return home to his/her country.

All the above is in addition to its historical role in managing pooled funds since the Group was first established. 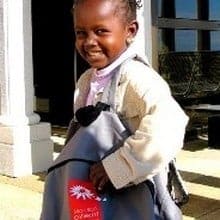