Accueil » We drank water of the Fontvieille pond

We drank water of the Fontvieille pond

The Belgian company Sotrad Water has donated two drinking water production machines to the Monegasque Red Cross. After conclusive tests in Monaco, a first plant was set up in a Togo community, enabling to improve the lives of close to 450 people.

Monaco, on a nice day in April 2011. A strange team settles near the Fontvieille pond where a few ducks are swimming peacefully. Consisting of the staff of the international humanitarian section of the Monegasque Red Cross, engineers, technicians and enthusiastic onlookers, it listens carefully to Mr. Raoul Antoine, of the Belgian company Sotrad Water, explaining to them the operation of the “Pump & Drink” machine while he puts this blue cube near the pond. After handling it a few times, it is time to drink… water from the pond! The technical explanations of Mr. Antoine are: “This pump is very easy to maintain and to use, does not require any consumables to operate; in a few minutes, you get drinking water for a whole population”. 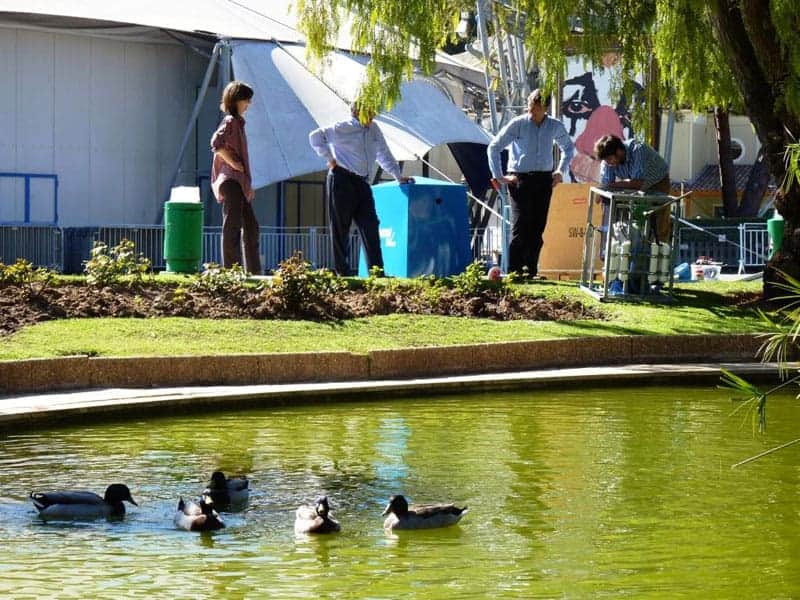 This is how Sotrad has supplied to the Monegasque Red Cross four drinking water production machines, three of them generously offered, within the framework of its humanitarian activities. And since we know that the first cause of death in the world is undrinkable water, we understand that this offer represents a real opportunity for populations hit by endemic disasters or difficulties. Dr. Guy Battah, head of the Togolese Red Cross health department, confirms it: “Most illnesses are linked to the consumption of undrinkable water in many countries. Diarrhoeas, intestinal infections and other parasitoses are very common and cause many deaths”.

After the visit of the Sotrad Water specialists in Monaco, Arnaud Jamin, the Monegasque Red Cross delegate for West Africa and Patrice Gambini, the hydrant man, a volunteer and emergency team member for the Red Cross, went in turn to follow a two-day training session in Belgium. “We have come to know the whole range of drinking water production machines; some of them are able to filter up to 100 m3 of water per hour, enabling to supply a camp with 60,000 refugees – Patrice explains – It is a real chance for populations, especially if we also give them training in how to use and maintain the local Red Cross staff, for instance. We could even consider charging drinking water at a reasonable rate to make people aware of the need of keeping the machine in working order”. 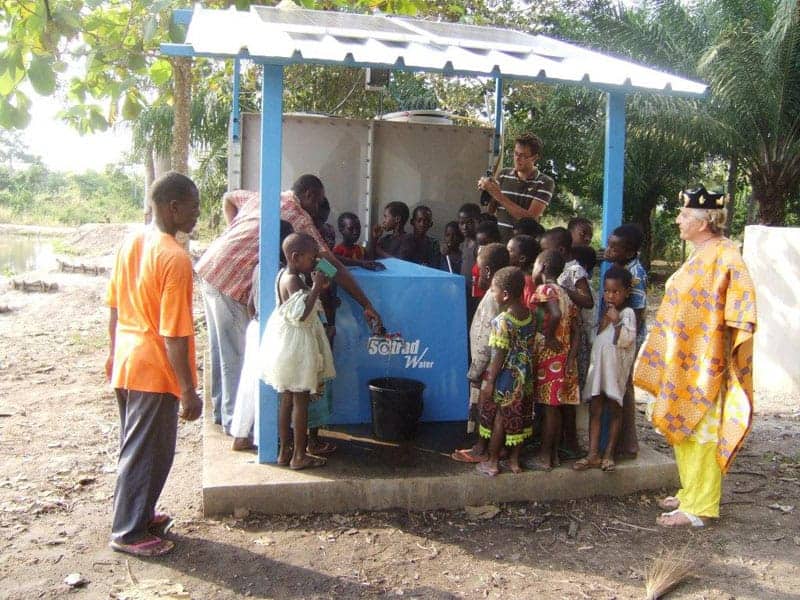 The first two pumps were sent to Togo; one, easily carried in its aluminium case, is intended for emergency members of the Togolese Red Cross, while the other one, a solar Pump & Drink unit, was set up in the rural community of Lovisa Kopé, thanks to the joint efforts of Sotrad Water, the Monegasque Red Cross and its Togolese sister. To do so, a team including two Sotrad specialists and one Red Cross delegate went on site.

In Lovisa-Kopé, it is a blessing for about 450 people who consumed mainly surface water. Marie-Claude Lovisa, who has been supporting this community since 1999 and who is called Mawu Lolo 1st, Queen of Lovisa-Kopé, comments: “We are going to do our best to raise the awareness of village people so that they may come and collect this water to drink it and prepare the food instead of taking water from the oxbow lake. This pure water is a great advance for our community”.