As the new school year begins in Monaco, the Monegasque Red Cross focuses on the fate of these children who don’t have the privilege of going to school

For three and a half years, the Burkina Faso Red Cross “Child Protection” cooperation unit, in partnership with the Monegasque Red Cross, has given support to hundreds of young female home helps in Burkina Faso 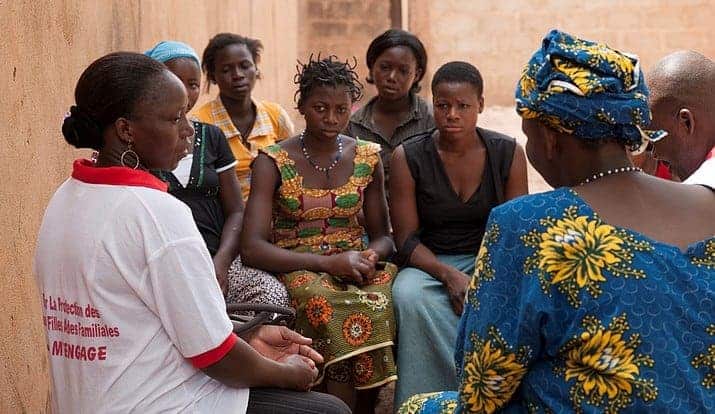 In Ouagadougou, the capital of Burkina Faso, almost all households employ at least one female home help. As early as 10 years old, they leave their home villages for backbreaking work sometimes involving violence and often with no prospects for the future. Younger, more obedient and less costly: cheap and exploitable labour from early morning to often late at night, the girls have to cope with abusive situations in certain households.

With substantial experience in the social sphere, the Burkina Faso Red Cross, with the support of the Monegasque Red Cross, set up a project in 2010 in order to protect these girls and offer them the opportunity to gain access to education. The project is geared towards young girls aged between 10 and 18 who are already working as home helps in Burkina Faso’s two largest cities, Ouagadougou and Bobo-Dioulasso, but also young girls from a region where the risk of early migration is high – Poni. Furthermore, the project raises the awareness of village parents, employers and those providing accommodation to the young girls in the city.

With the participation of the players involved in child protection and labour law, the Red Cross is committed to resolving conflict, raising awareness about basic hygiene and health, to getting the young female victims of violence to the appropriate services with individual follow-up, giving them a basic education (reading, writing, arithmetic), vocational training in hairdressing, dressmaking or home economics, in addition to material and/or financial support for starting up an income-generating activity.

From 2010 to 2012, 440 young girls joined the programme, which in only three years, has resulted in general awareness among the population and the authorities. On completion of the six-year project, at the end of 2016, 940 young girls in all will have benefitted from the programme. A new assessment will then be made and information efforts continue to be made about this issue which undoubtedly will need many years to raise awareness at every level so that these children are no longer exploited and are able to enjoy a decent and peaceful future…