Accueil » The CRM committed to fighting against Ebola

The CRM committed to fighting against Ebola

Since December 2013 West Africa has faced the most severe epidemic of Ebola since the virus first appeared.

The disease has spread over two phases: it began in Guinea Conakry, then in Liberia, Sierra Leone and Nigeria in a most alarming manner since June 2014. These countries, poorly equipped in health facilities and recently emerging from civil war, are on high-alert status.

The problems encountered by the international teams in gaining access to the contaminated areas complicate the identification and treatment of patients and make the containment of the epidemic difficult. 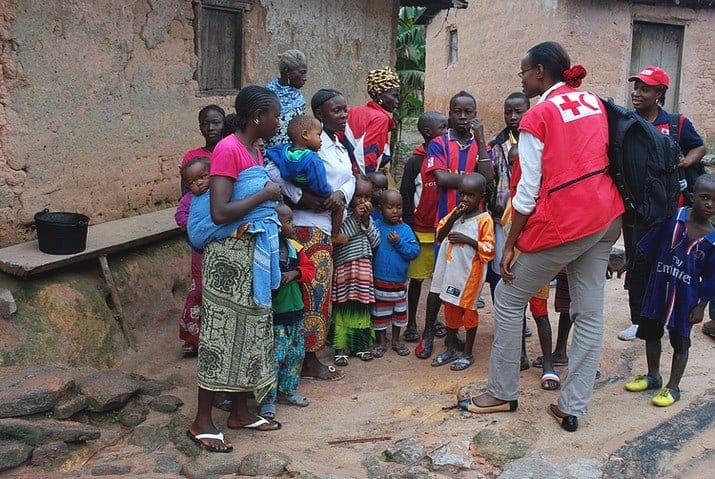 nformation and interaction with the populations @IFRC

Following the 6 appeals launched (Sierra Leone, Guinea, Liberia, Senegal, Nigeria and the coordinated regional appeal) since April by the International Federation to the National Red Cross and Red Crescent Societies, the Monegasque Red Cross (CRM) has allocated close to 100,000€ of aid to the countries affected by the virus.

In addition to financial aid, the CRM, together with the local Burkina Faso Red Cross, has prepared a response plan in the event of an outbreak of an Ebola epidemic. Although several cases have been suspected no case has yet been confirmed. However, 1,500,000 people are concerned by this plan, funded entirely by the Monegasque Red Cross, which includes training for 225 volunteers, the purchase of equipment and sanitising products and raising public awareness in the Eastern region.

It is therefore time to take action and to combat this scourge. 39 million beneficiaries are concerned and so far only 64% of the funds necessary have been raised…