Food crisis in Sahel : the Monaco Red Cross is present 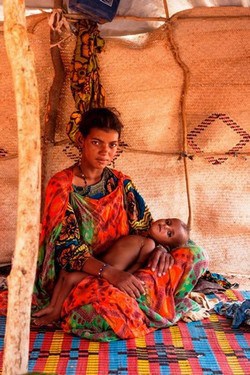 Since the beginning of the year, the Monegasque Red Cross has devoted 300,000 Euros to respond to the food crisis hitting the Sahel. Details concerning the various types of aid given.

23 million persons. This terrifying figure represents the number of persons who are still suffering today from the consequences of catastrophic harvests in the Sahel region (Burkina Faso, Mauritania, Senegal, Gambia, Niger, Chad, Mali, are the countries concerned – countries that are amongst the poorest in the world). Since last February, parasite invasions, drought and floods have brought about a very strong rise in the price of foodstuff and food shortages that concern 51% of the local populations.

The conflict raging in northern Mali is making the situation worse : refugees arrive to communities that are already fighting for their survival… In this difficult context, the Monaco Red Cross, which is already present with refugees, has implemented different types of actions in partnership with several National Red Cross and Red Crescent Societies for a total budget over 300,000 Euros.

“At the end of the lean season*, these populations will be finally relieved. If we hope that harvests will be sufficient this year, we notice that weather conditions are less and less auspicious for the stability of production and prices from one year to the next. But with rural exodus, there are less and less food crops. More than ever, family survival depends on market prices”, comments Marielle Riccio, the Monegasque Red Cross delegate who has just returned from a mission of evaluation in the area.

Her local delegation based in Ouagadougou, in Burkina Faso, and her trust partnership with the Burkinabe Red Cross make sure that the operation managed by the Monaco Red Cross is successful. However, although financing of the emergency project is guaranteed, the Monaco Red Cross is seeking funds so that these populations no longer have to face the consequences of this type of crises in the future. 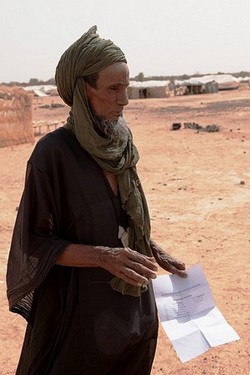 To send your donations or to take part in this action, you will find the Red Cross on its website: www.croix-rouge.mc and on the Facebook page “International actions of the Monaco Red Cross”.

*The lean season is the period before the first harvest when there can be a shortage of grains from the previous harvest. This is the most critical period of the year during a food crisis.